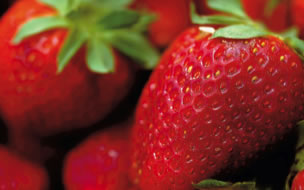 With easy access along I-77 and S.C. 49, residents have the best of both worlds – the charms and friendliness of small-town living combined with cultural, shopping and other attractions of a large city just across the state line. Families are drawn to the area by excellent employment opportunities with rapidly expanding industrial areas nearby, sporting events, a reputation for quality public schools and recreational opportunities on Lake Wylie and in nearby parks.

York County is full of cultural activities that show the true beauty, character and history of the area. Anne Springs Close Greenway is a 2,300-acre protected natural area that includes camping sites and a reservoir that’s great for fishing. The Museum of York County features mounted African animals, tribal dress and art galleries, and Historic Brattonsville is a Revolutionary War battle site consisting of two dozen structures and extensive nature trails which served as the film site for Mel Gibson’s “The Patriot.”

Baseball fans can go out to the ballpark at Knights Castle on Gold Hill Road at I-77 to see the AAA International League Charlotte Knights, affiliated with the Chicago White Sox. Next door to Knights Castle is the NBA Charlotte Bobcats Training Center.

Carowinds theme park straddles the N.C./S.C. state line. The park offers summer season entertainment, roller coasters, a waterpark and other attractions for the young and young at heart, including the amusing opportunity to simultaneously place one foot in each state.

Road improvements along I-77, S.C. highways 5 and 160 and other major thoroughfares continue to enhance York County’s business climate.

Lake Wylie has long attracted residents to live on the water’s edge. Nevertheless, today many new communities are springing up near the lake.

Fort Mill, a community once known for textiles and peach farming, is now rapidly becoming a business and residential magnet. Fort Mill takes its name from a colonial-era fort built by the British and a gristmill on nearby Steele Creek. Today the population of the town of Fort Mill is about 8,300 people – a number that is expected to grow rapidly over the next decade. One neighborhood preserving small-town charm is The Village of Baxter, a 1,000-acre community developed by a company owned by the Close textile family of Springs Industries fame. The community has tried to create a neighborhood modeled after small Southern towns. Homes are set close to the street and include porches to encourage interaction among neighbors. New, valuable additions to the community include a $1.5-million community center that includes a pool, aerobics room and meeting rooms as well as a public elementary school, a branch of the York County Library and a YMCA.

Another new development is Springfield, a Crescent Resources community off I-77 near the state line. Half of the development is dedicated to open space, with 123 acres specifically for trails and parks. The community of single-family homes and townhomes features classic architecture of neighborhoods of the past. Ready-to-customize homes start in the high $600s. Single family homes begin in the low $300s.

More than half of the homes in Springfield will be located on Springfield Golf Course, which offers 18 holes of play. The Family Swim and Tennis Center provides swimming pools, tennis courts, and family activities and events for the neighborhood.

With just 7,200 residents, the historic city of York has seen recent change through the downtown revitalization program, which put an emphasis back toward the center of the city with renovations like the reopening of the historic Sylvia Theater and the annual Summerfest, which brings more than 50,000 people downtown every August.

West of I-77 is Rock Hill, the fifth-largest city in South Carolina with 60,000 residents. Rock Hill boasts new business parks, low unemployment and an abundance of new neighborhoods with something for everyone.

Rock Hill’s downtown is a model for surrounding communities to redevelop their older Main Street districts and bring new business and residential development back to downtown.

The Textile Corridor, which is a series of old mills marked for development, is still in the planning stage, but luxury townhomes, loft apartments and new restaurants and shops are recent additions to this area. Manchester Village is one such area that boasts retail shops and townhomes, which will only become more prosperous with the increased traffic on Dave Lyle Boulevard.